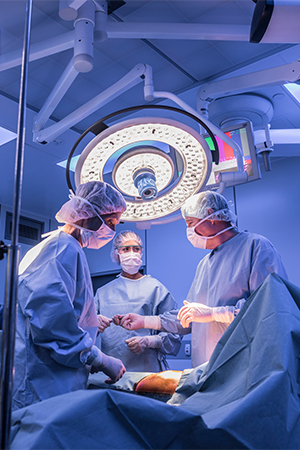 Overweight and Obesity in Saudi Female who Present for Plastic Surgery

Objectives: To estimate the prevalence of overweight and obesity amongst women who present for BCS in plastic surgery clinic and evaluate their demographics.

Methods: We performed a retrospective manual chart review of all women who presented to the private plastic surgery clinic at King Faisal Specialist Hospital and Research Center in Jeddah between January 2007 and January 2009. The women's records were reviewed for demographic data (age, marital status, smoking habits, and occupation) and type of surgery performed. Women were grouped according to their body mass index based on World Health Organization classification of obesity.

Results: A total of 87 women in the study. Their mean age was 38 years. Of these, 66.6% were married, 66% housewives, and 20.6% were smokers. Most of the women were obese 39%, while 32.1% were overweight. Twenty percent of the patients were their ideal weight. Abdominoplasty was the most commonly requested BCS accounting for 31.8% of the cases; liposuction alone and breast reduction surgery were performed in 29.5% and 17.0 % of the women, respectively. Most of the women who request abdominoplasty, liposuction alone or breast surgery were overweight (p-value= 0.719).

Conclusion: Most women who presented for BCS were overweight or obese. Abdominoplasty was the most commonly requested procedure. They are well known to have a higher risk for complications and education of the population about the proper weight loss methods is recommended.