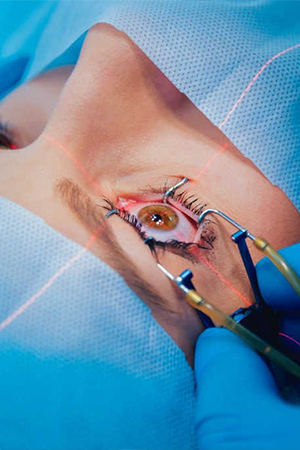 Methods: Retrospective chart review of patients with myopia ranging from -3.25 to -21.00 D, who underwent ICL implantation, during the period between February 2010 to August 2016 in Prince Sultan Military Medical City (PSMMC) in Riyadh and completed at least 3 months of follow up.

Conclusion: ICL implantation is an effective surgical option for correction of moderate to high myopia. Further studies are needed for its long-term effect and safety.