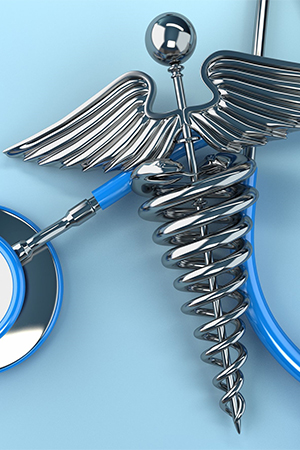 The Modified Rives’s Technic in The Giant Eventration Cure: A Clinical Observation and Literature Review

Introduction: In the treatment of incisional hernia, the use of implant reinforcement is consensual. Many techniques, including that of Rives, differ depending on the implant’s position. Peri-operative difficulties sometimes lead the surgeon to make modifications compared to the original technics.

Through this case operated at the Visceral Surgery Service of the University Hospital Center of Libreville in Gabon, the authors propose to revisit the Rives’s technic in the treatment of giant incisional hernia.

Patient and Observation: Mr. MBJ, 45, consulted for a voluminous anterior abdominal bulge evolving for 10 months. There was a midline laparotomy indicated for peritonitis, 3 years prior. A supra-umbilical incisional hernia was one of the long-term complications. The first surgical repair using the autoplasty of Mayo occurred 1 year ago. The abdominal bulge had gradually reappeared 4 months after the intervention. The diagnosis of giant eventration was retained. Preoperative physiotherapy was instituted. Intraoperatively, visceral and epiploic adhesions to the wall were resected. A macroporous polypropylene prosthesis was placed according to the Rives method with a technical variant, followed by planar parietal closure without drainage and a hernia belt was placed. The abdominal compression garment was prescribed for 2 months.

Conclusion: Giant incisional hernia cause inconvenience. Their treatment is based on prosthetic surgery. The Rives technic presents satisfactory results. It may be subject to technical modifications in practice.