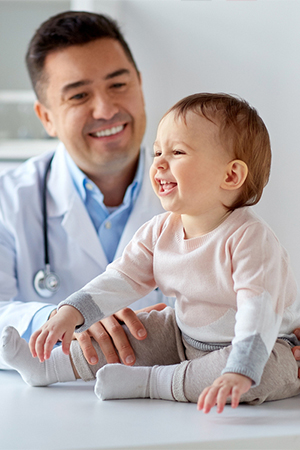 Background: Spinal dysraphism (SD) is a common birth defect resulting from incomplete closure of the neural tube during the first month of pregnancy. SD at children is difficult and unsolved problem in pediatric neurosurgery. Pathology of the lumbosacral area is 30% - 50% of the total number of SD at children.

Objective: To estimate the types, manifestation, complications and to determine the optimal terms and methods of surgical treatment of SD on lumbosacral area in infants.

Methods: 23 infants with SD were operated. 3 were died after surgery. 20 children were assessed in follow up period (from 1 to 3 years).The children were operated at once after birth to 2 months. Depending on the anatomical variants of SD, the patients were divided into: meningocele (10%); meningoradiculocele (35%); myelomeningocele (30%), myelocystocele (5%) myeloschisis (20%). Findings: 8 children were operated from 1 to 2 days after birth. The best results for surgery were age of 8 days to 2 months (12 children). The late term of surgical operation was due to presence of hernia’s coats infection and purulence, which demanded the implementation of preoperative preparation. Cerebrospinal fluid leakage (7 children) has needed to urgent surgery. The disadvantage of all methods of surgical treatment of SD is the danger of damage to neural elements during surgery.