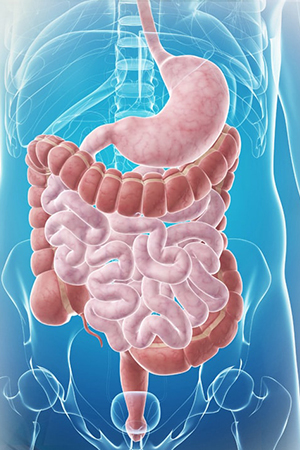 Introduction: Surgery is a more effective option for pain relief in chronic pancreatitis. It relates to those patients, who don't have an increase in the head of the pancreas, and there is only dilatation of the main pancreatic duct, a good result can give the performance of laparoscopic longitudinal pancreatojejunostomy.

Materials and Methods: Four attempts of laparoscopic lateral pancreatojejunostomy were made in patients with early chronic pancreatitis without an increase in the head of the pancreas. There were two females and two men and average age was 42,6. The indications for surgery in all patients was abdominal pain and dilatation main pancreatic duct (the average diameter was 12,8 mm). We used five-port technique. After opening omental bursa, we found, punctured and opened the main pancreatic duct. Then, using two linear staplers Endo-Gia 60 to handle the jejunum loops by Roux-en-Y. We we performed single-row longitudinal pancreatojejunostomy with barbed-suture V-Loc.

Results: We had two conversions to open surgery, because of theinability to find the main pancreatic duct and bleeding. The average operation time was 207 minutes. Post-operative stay was average 9 days and on median follow-up of 12 month. Post-operatively, there were no major morbidity and nil mortality. All patients
had complete pain relief and significant weight gain.

Conclusion: Laparoscopic longitudinal pancreaticojejunostomy is safe, effective and feasible, especially with "early chronic pancreatitis" without an increase in the head of the pancreas.