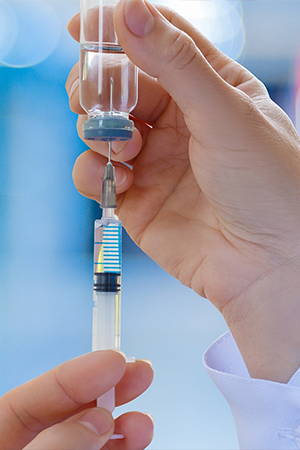 Background: The administration of Zidovudine (ZDV) has an important role in decreasing the number of mortality on HIV/AIDS patients, despite the side effect of anaemia. The incidence of anaemia can be influenced by several factors, e.g. age, sex, duration of treatment, CD4 count, and ALT level.

Methods: This research was an analytic observational with cohort-retrospective method used. The study was taken in VCT Clinic, Dr. Kariadi Hospital Semarang, Indonesia. The data was collated among HIV/AIDS patients’ medical records from April 2014 to May 2015. 70 out of over 300 patients on Zidovudine were eligible: 35 belonged to case group, the other 35 as control. The data was analyzed by Chi-square and Fischer test.

Conclusion: The incidence of anaemia on HIV/AIDS patients from Dr. Kariadi Hospital Semarang Indonesia was related to sex (gender) and duration of treatment as the influencing factors; Age, CD4 count, and ALT level did not appear to have any significant relation with it in response to the administration of Zidovudine.