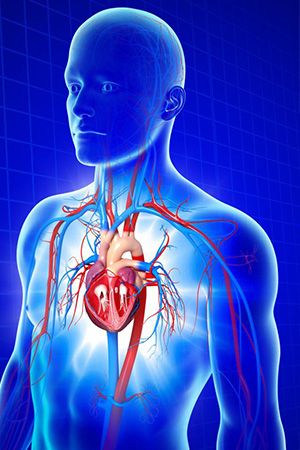 Background: After an acute coronary syndrome (ACS), patients remain at risk of major adverse cardiovascular events (MACE), despite contemporary treatment including aspirin and clopidogrel. The risk of MACE may be secondary to thrombin, which remains elevated after ACS.

Objectives: This study aimed to evaluate the safety and indicators of efficacy of the novel oral direct factor Xa inhibitor (rivaroxaban).

Patients and Methods: In our study, we randomly assigned 100 patients with a recent ACS to receive the oncedaily dose of 2.5mg of rivaroxaban or placebo in addition to dual antiplatelet therapy for six months. The primary efficacy endpoint was a composite of death from cardiovascular events, myocardial infarction, and stroke. The
secondary endpoint was death from cardiovascular events, myocardial infarction, or stroke and the incidence of bleeding at six months.

Results: Rivaroxaban significantly reduced the primary efficacy endpoint, as compared with placebo, with respective rates of 4% and 22% (P=0.007). Regarding secondary endpoint, the 2.5mg dose of rivaroxaban reduced the rates of death from cardiovascular causes (0% versus 8%, P=0.041). As compared with placebo, rivaroxaban increased the rates of minor bleeding (12% vs. 2%, P=0.049), with no major or fatal bleeding had been recorded.

Conclusions: In patients with a recent acute coronary syndrome, rivaroxaban reduced the risk of the composite endpoint of death from cardiovascular causes, myocardial infarction, or stroke. Rivaroxaban increased the risk of minor bleeding but not the risk of major or fatal bleeding.