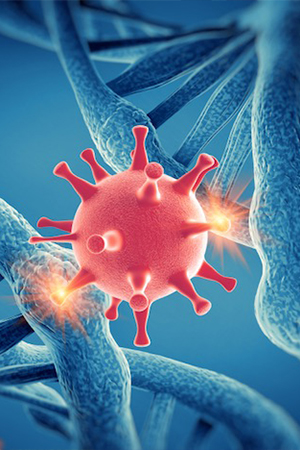 Objective: The objective of this study is to determine the prevalence of immunological failure at six months of antiretroviral therapy in people living with HIV and to identify associated factors.

Patient and Method: A descriptive and analytical cross-sectional study covering the period from March to September 2017, including all types of PLWAs who had been under highly active antiretroviral therapy for at least six months and gave their informed consent freely.

Conclusion: Our study demonstrates that the prevalence of immunologic failure remains high in relation to low socioeconomic status, screening and late management of HIV infection in addition to opportunistic infection.